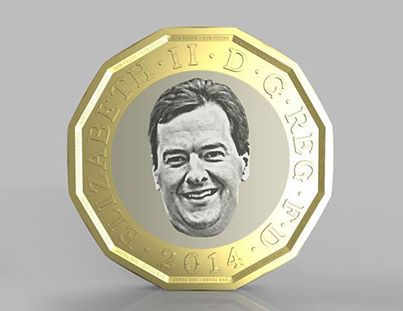 Who this applies to

Please note this guidance is only suitable for individuals who:

1. Own their own company (so can take dividends);
2. Are on the standard 1000L PAYE Tax Code; and
3. Do not have employee’s with a combined annual Employer’s National Insurance bill of more than £1,750.

If any of these are not the case please speak to your accountant who will advise the optimal salary based on your particular circumstances.

Assuming you have enough money in your business and are making enough profits to safely cover this, you can then pay yourself net dividends of up to £30,384 before you hit the higher rate (the point you start paying income tax on dividends).

Within the rules and thresholds for the year ending 5 April 2015 (ie 2014/15), there has been some significant changes that will affect the optimal amounts you should pay yourself. Unfortunately it’s a bit more complicated this time round but we recommend the following:

Why pay National Insurance this year?

In previous years we have recommended that owner managers take a salary Of £640 per month, which was just below the national insurance threshold. In 2014/15 that is no longer the case. This is because the government is giving all small company’s £2,000 off their Employer’s National Insurance bill (not the employee’s NI though). Employer’s National Insurance is 13.8%.

So by exceeding the National Insurance threshold you are incurring employees national insurance of 12p on every £1 above the threshold but at the same time you are saving 20p of Corporation Tax for every £1, so it is worthwhile.

Will I be better off?

Yes, because of a higher corporation tax saving this year (approximately £2,000 saving), you will actually end up saving just over £200 more on tax than you did last year by taking the optimal salary.

Remember that if the company is owned by you and your spouse, all of the amounts above can be doubled meaning your tax savings will be increased even further.

Payment amounts and dates to comply with HMRC

If you pay yourself the advised £833.33 gross salary you will need to make the following payments:

If you are unsure how to make the payment to HMRC in January 2015, ask your Caprica Accountant for payment details.

This article was written during November 2013 and should remain correct indefinitely although the thresholds mentioned will change slightly each year. You can see the current thresholds here – http://www.hmrc.gov.uk/rates/nic.htm

Yes – as long as you are taking a salary of more than £5,668 per year you will get your National Insurance ‘stamps’ and eligibility for state benefits including the state pension.

If you are taking a minimum salary of £640 per month (for the 2013/14 tax year) you will not be paying any National Insurance. This leads some people to wonder whether they will remain entitled for the benefits that National Insurance bring.

Historically people have referred to this as getting their national insurance ‘stamps’.

What are the benefits?

The benefits that getting your National Insurance stamp bring includes:

To be eligible for the above benefits you need to be earning a salary (not dividends or rental income but a salary) higher than what HMRC calls the  Lower Earning Limit. In the 2013/14 tax year that was £109 per week (or £5,668 per year).

What’s strange and causes the confusion is that although this is the level where you start to generate the benefits the level where you actually start having to pay National Insurance Contributions is the ‘Primary Threshold’. In the 2013/14 tax year that was £146 per week (or £7,592 per year).

Most Ltd company owners set their salary just below the Primary Threshold so that they can minimise their tax, whilst still being eligible for benefits.

A note about state pensions

We would very strongly recommend that you make separate provisions for your retirement beyond the state pension. The finances of these schemes are a mess and it’s highly unlikely they will exist in their current form in twenty or so years.

You can find out much more about state benefits here – https://www.gov.uk/browse/benefits 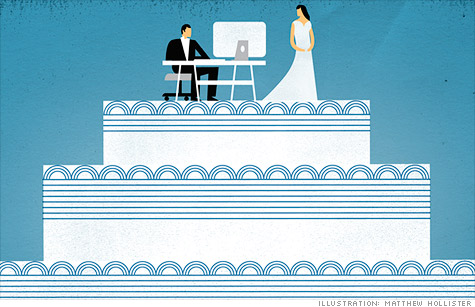 If you own your own business and are the sole director then often you will also be the only shareholder and hold 100% of the shares. This means you will receive the full amount of any dividends declared. By appointing your partner as a director and or shareholder, this changes and there are potential tax savings.

Who can take Dividends

Owners of a limited company are allowed to take dividends out of the companies profits after all expenses and corporation tax have been accounted for. As stated before, you the owner you will likely to be the only shareholder with 100% of the shares. However if you make your spouse or partner a director or shareholder then they are also entitled to take a share of the dividends.

If you make your spouse or partner a 50% shareholder in your business than any dividends taken can be split 50:50 between both of you. This can potentially be tax advantageous for you. There is a basic tax dividend level of £32010, which is essentially tax free. So by taking dividends as a 50:50 split this level now becomes £64020 between you.

Obviously the income tax liability of each person also depends on salary and if your spouse is in employment by another company but potentially the split can save you a significant amount of money.

Splitting shares and dividends is completely legal but you could run into some trouble with HMRC if they believe the spouse or partner has made no investment or generated any income for the company. Potentially they will try and tax you on the entire dividend rather than just 50%. However this shouldn’t happen as long as shareholding is joint rather than separate.

This is a very basic guide to income tax written for those with no prior knowledge. Unfortunately real life is not so simple. there are many many ‘if this then this’ type situations in tax law so please consult an expert who knows about your full situation rather than relying solely on this information.

Thresholds and rates in this post are based on the 2013/14 tax year.

What is taxed as part of income tax?

* Considered ‘Investment Income’ which does not incur any National Insurance charges

The following tax rates apply to those earning less than £100,000 per annum. If you are earning more, congratulations, then search google for ‘Personal Allowance over £100,000’.

If you are self-employed in addition to income tax you must pay Class 4 National Insurance Contributions. The 2012/13 rates for these are:

So going back to our example. The self employed person earning a profit of £20,000 will have to pay:

Note that the rental income does not incur any national insurance.

The self-employed must also pay Class 2 NICs. These are much cheaper at a flat rate of £2.70 per week.

The full time employed pay Class 1 National Insurance. This will always be deducted from their salary via PAYE. So we won’t discuss it any further here.

We’ve previously written a very detailed guide to dividends for limited companies, which may help. In short though dividends have their own tax rates:

Two things to bear in mind are:

The deadline for submitting your income tax return (an SA100 in HMRC’s language) is due on the same date.

You may also have to make Payments on Account, which are advance payments for the next tax year.

So this means the first time you pay income tax you will probably have to pay 150% of your tax bill!

What our clients think